The history of water filter systems 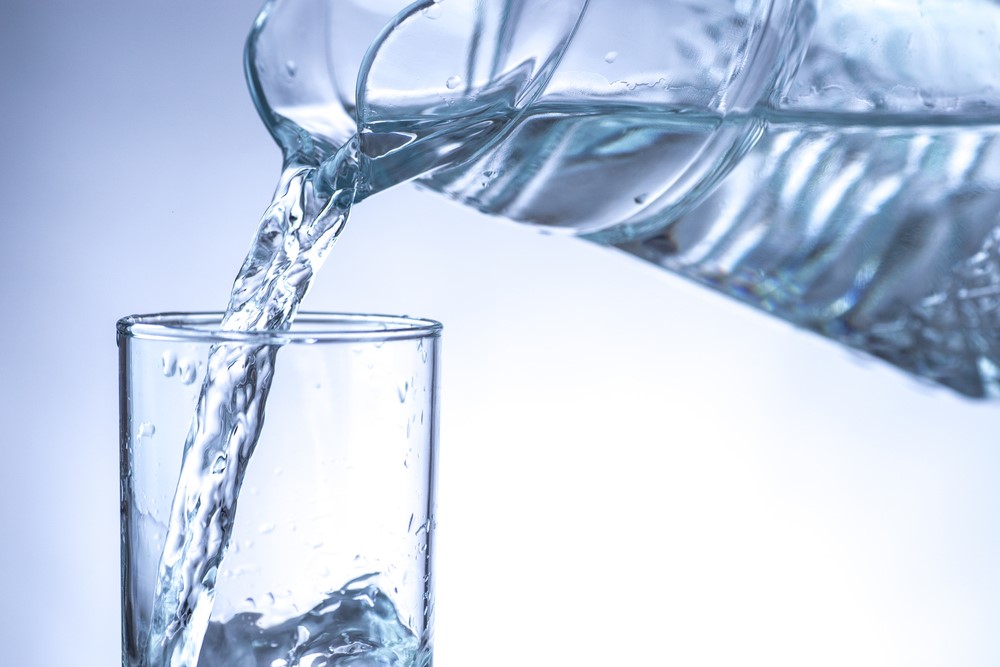 Water is vital to every human being to maintain our bodily systems. We have been dependant on finding clean drinking water from the beginning of time.

WFA have been at the forefront of water filter systems since 1999.

Up until 17th Century AD, humans associated pure drinking water with taste. They had little knowledge of contaminants and their effect on our health.

Water filtration has evolved with time and knowledge. We now understand that dangerous microorganisms can live in water. A water filter system is essential to kill these nasties before human consumption.

This blog discusses water filtration discoveries and advances since 2000 BC. 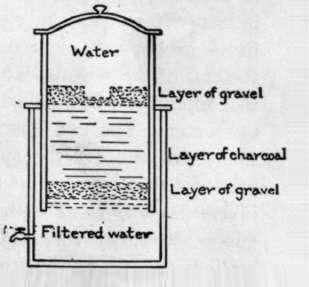 Early Sanskrit and Ancient Greek writings around 2000 BC are the earliest known recordings of water filtration. At this time, people thought heat or boiling were the best forms of water purification. They also used crude straining methods of sand and gravel filtration.

At this point in history, people thought that water taste indicated its purity. They were not yet aware that even water that tasted pure could contain chemical contaminants or dangerous microorganisms.

We now know that just because water tastes good, it’s not necessarily safe to drink. 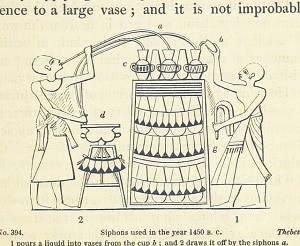 In 1500 BC, the Egyptians first discovered the method of coagulation for water filtration. Coagulation involves placing a chemical called alum in water.

Alum separates particles from the water to form larger particles, so impurities are easy to remove by straining. 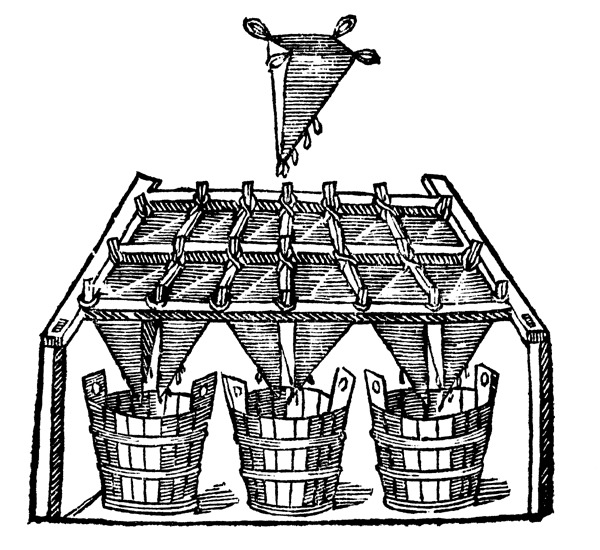 Hippocrates was a Greek philosopher, acknowledged as the father of modern medicine. He was one of the first scholars to discover the healing properties of water.

This was in conjunction with his theory of the ‘four humours’ of the body (blood, phlegm, yellow bile and black bile).

He considered ‘health’ to be a harmonious balance and interworking of the humours. He considered pure water essential for a healthy body.

Like the scholars before him, Hippocrates associated good tasting water with purity.

He set about finding the best way to purify water for drinking as part of his four humours philosophy. He discovered a crude water filter systems in the form of a cloth bag. This simple device became known as a ‘Hippocratic sleeve’.

The cloth acted like a sieve to filter out impurities from the Greek aqueducts. He boiled the water and then poured it through the filtration cloth. This trapped the sediments that were causing the bad taste and smell…

Between 300-200 BC, the Roman Empire began building aqueducts to supply water to large communities. Shortly after, Archimedes invented his water screw 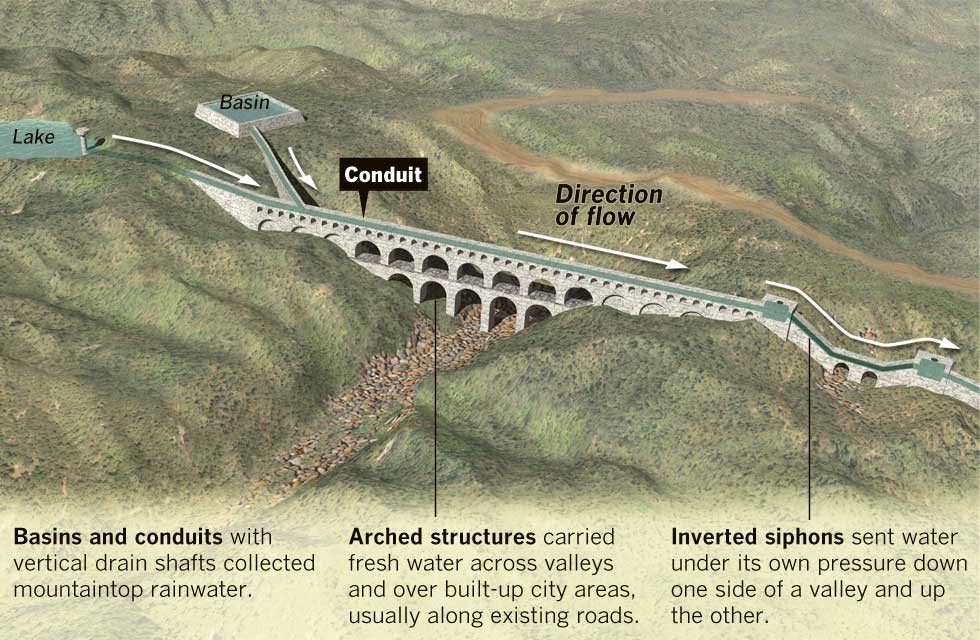 The Romans who designed and built the first aqueducts were ahead of their time.

The idea of an aqueduct was to use gravity alone to bring water from outside mountain sources into towns and cities, basically taking water from areas where water was plentiful, to supply a large population. Water in the aqueducts fed into lead, ceramic or stone pipes.

The water is filtered through sedimentation tanks to reduce any water-borne debris.

During Roman times, aqueduct water supplied public baths, latrines, fountains, private households and farm lands. These engineering marvels took 500 years to complete and covered a length of 400km. They were revolutionary for their time and are still the basis of our modern-day sewer systems.

Greek engineer, Archimedes, lived between 287 and 212 BC. He invented a machine like a screw to move water from low to high ground. The screw was initially used to irrigate farmland by pumping water from ship bilges and mines.

The original Archimedes’ screw consisted of a screw inside a hollow pipe. It turned manually by windmill, manual labour or cattle labour. As the screw moved, the bottom scooped water from the low-lying source and pushed it up the tube until it poured out the top.

This device is still in use today in several northern European towns. This image shows an Archimedes’ screw in Huseby, south of Växjö, Sweden. More importantly, it serves as the basis for many modern industrial pumps. 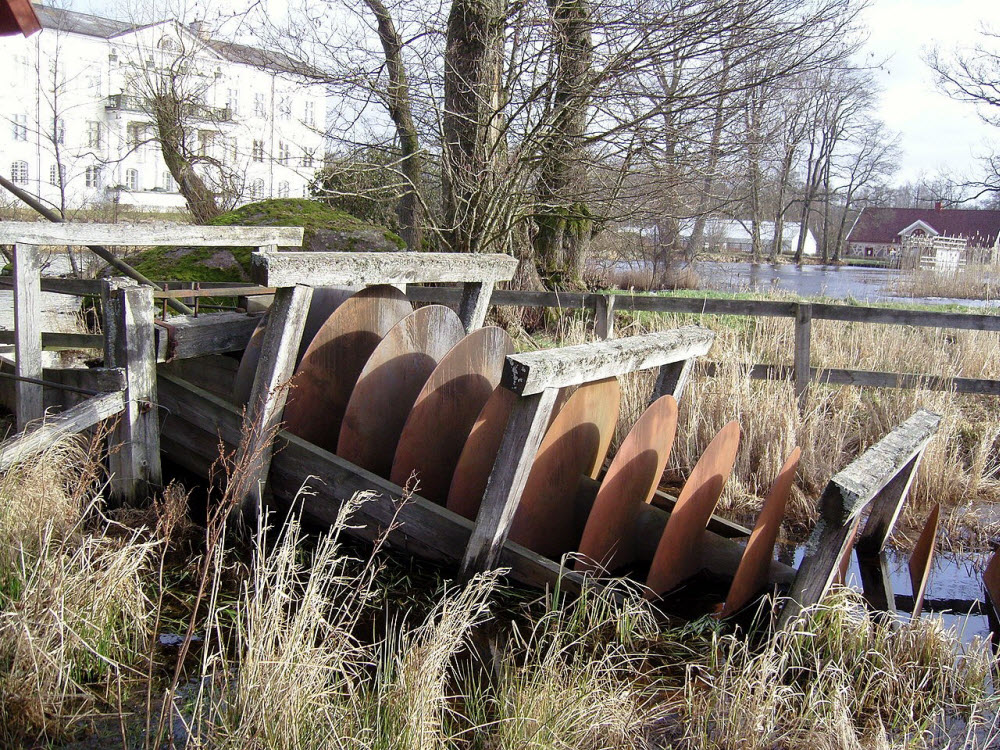 After the fall of the Roman Empire around 450 AD, aqueducts were either deliberately vandalised or fell into disuse through lack of maintenance.

This saw a halt to scientific progress in water filtration technology.

During the middle ages (500-1500 AD) little progress was made to provide clean drinking water to the population.

Yet it was around this time that the premise of clean water not necessarily being safe water took hold.

It took another 200 years before any action was taken to resolve the issue.

It wasn’t until 1627 AD that the world saw further advancements in water filtration technology. Sir Francis Bacon was the first known scientist to discover desalination.

His experiments and studies brought him to the conclusion that if he percolated seawater through sand, then the salt would be removed.

His attempts to desalinate water were not successful, but they did pave the way for further research into this area. 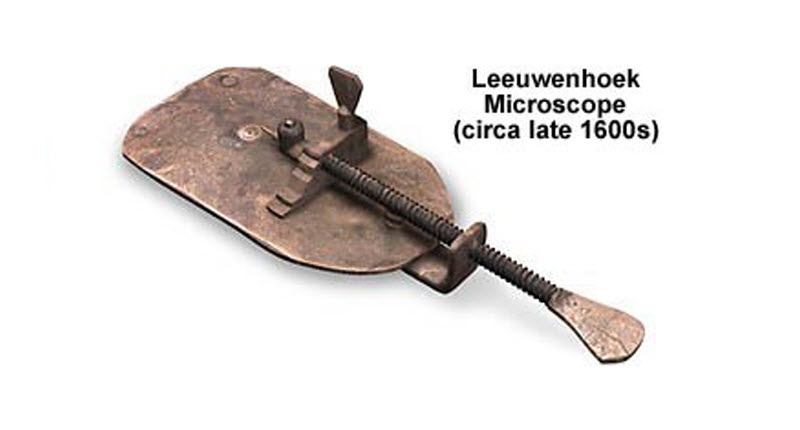 Antonie van Leeuwenhoek was a Dutch spectacle maker, obsessed with object magnification. He experimented with grinding lenses to make microscopes and view the microbial world.

In 1676, one of his at-home experiments involved used his microscopes to view tiny drops of water. This led him to the astounding discovery that tiny ‘beasties’ existed in water.

This was a significant step in the treatment of water. 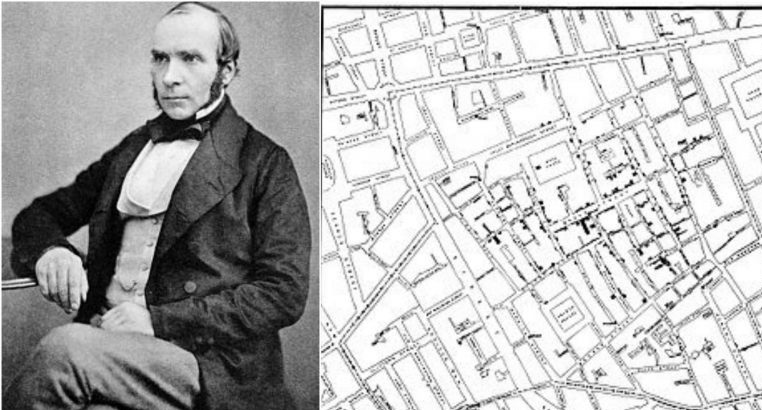 1746 saw the development of the first patented water filter system. These filters used a combination of wool, sponge and charcoal to remove sediment and particles.

In the late 1700s, Robert Thom developed the first water treatment plant in Scotland. The plant used slow sand filtration to remove as much as 99% of the bacteria in water.

Thanks to this plant, the entire city of Paisley, Scotland, had access to safe drinking water via pipes for the first time.

The decrease in waterborne diseases as a result of filtered water from this plant led to the Metropolis Water Act of 1852. This law required all water supplied to London be treated by slow sand filtration. 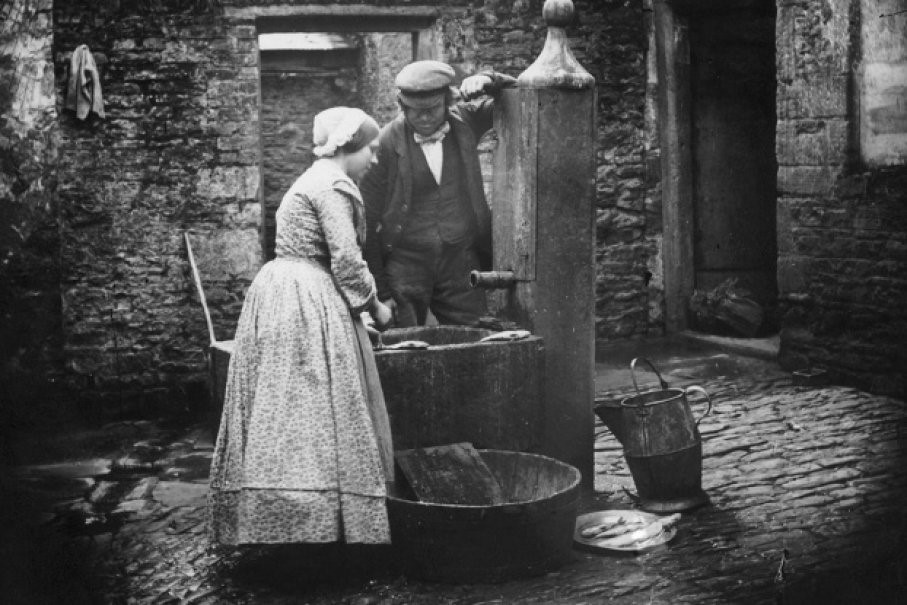 In 1854, a cholera epidemic erupted in Soho, central London. Prominent scientists at the time incorrectly assumed the outbreak was due to ‘bad air’ or ‘filthy conditions’. Slow sand filtration was already in place, thanks to the new Metropolis Water Act.

British scientist John Snow was the only scientist able to pinpoint the cause of this outbreak.

Thanks to the initial work of Antonie van Leeuwenhoek, he identified tiny cholera bacteria in the water through a microscope. He successfully treated the cholera with chlorine.

Snow determined that the cause of the outbreak was an individual water pump in Soho. A nearby sewer contaminated the pump, leading to cholera infection.

Ironically, residents at the time noted the water from this pump had overall good taste and quality. This again reinforced that taste and visual clarity do not indicate pure water for drinking.

Snow’s cholera discovery was a pivotal turning point in the history of water filtration. It forced the UK government to introduce chlorine, along with slow sand filtration, as the standard for water filtration. This soon spread to other developed countries in Europe and America. 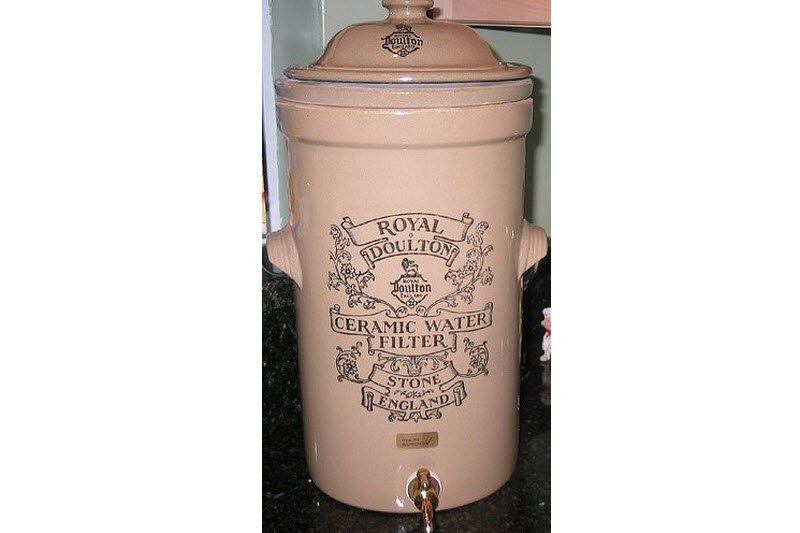 It’s thought that as far back as 1827, John Doulton and his son Henry, (of English fine china and pottery fame) invented the ceramic water filter system to remove bacteria from drinking water. In London at that time, drinking water from the Thames was contaminated with raw sewage, so epidemics of cholera and typhoid were common.

Next came the Doulton Manganous Carbon Filter in 1862, which tied in with the French chemist, Louis Pasteur’s research into bacteria and his advancements in microbiology. This was one of the first carbon cartridge type filters.

Led by Henry Doulton, Doulton’s Research and Development department created micro porous ceramic (diatomaceous earth) cartridges which could remove bacteria with 99% efficiency. From this point on, Doulton filters were used by the military, Crown Agents and hospitals and were gradually introduced into the home. Henry

Doulton was knighted by King Edward VII and given the honour of using the Royal Crest for his products in recognition of his work with drinking water filtration.

The range and efficiency of this water filter system has changed over the years but the popularity and effectiveness of the early 20th century invention continues with these water filter systems are still widely used across the world today.

By the early 1900s, the UK introduced chlorination for mass water purification.

Chlorination, in conjunction with sand water filter systems, resulted in the virtual elimination of diseases such as cholera, typhoid and dysentery.

Chlorine was so effective at eliminating these diseases that Life magazine called it: “probably the most significant public health advance of the millennium.”

The US also introduced chlorination treatment of water to major cities during the early 20th Century. The 14th January,1916, was a turning point in water treatment history in the US.

On this day, the chlorination equipment in Milwaukee Wisconsin stopped working for seven hours. During this time, the untreated water that pumped from Lake Michigan to local residents caused mass illness and death. There were from 25,000 to 100,000 cases of diarrhoea, 500 cases of typhoid fever and 60 deaths. From this point on, the case for chlorinated water treatment became clear. 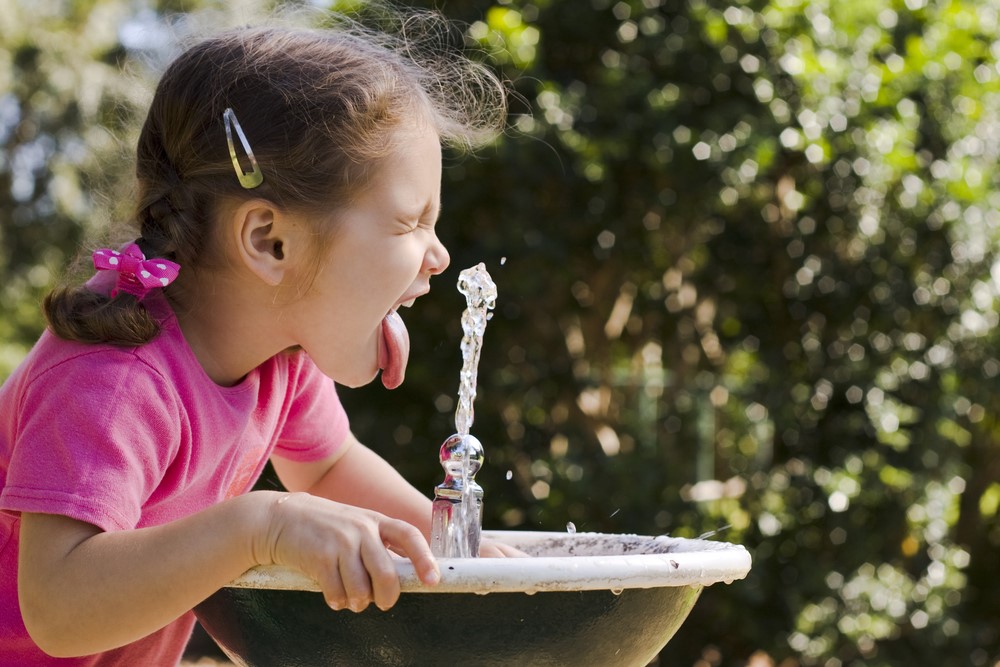 Here in Australia, we take it for granted that drinking water from a tap or bubbler is safe. According to Water Research Australia, before water is distributed to urban communities it is treated to ensure it is safe to drink.

According to the Australian Drinking Water Guidelines: “Ideally, drinking water should be clear, colourless, and well aerated, with no unpalatable taste or odour, and it should contain no suspended matter, harmful chemical substances, or pathogenic microorganisms.”

By the time water comes out of your tap, chlorine and other chemicals have already disinfected your water, killing bacteria and viruses, but they often leave it with an unpleasant taste and smell.

Chlorine makes our water safe… but we don’t need to drink it!

Since the 1990s, we have seen a rise in the development and use of water treatments for the home. People often prefer the taste and smell of filtered tap water. Today’s water filter systems not only remove bad taste and odour, but also contaminants such as giardia, cryptosporidium and chlorine.

At WFA we understand that it’s not only important to filter out the bad stuff… it’s also vital that we leave in the good stuff. Because water not only hydrates us, it also delivers fluoride for our dental health, as well as essential minerals and salts.

A WFA water filter system uses the pores within carbon to remove the nasty tastes and odours which are caused by a variety of factors. These include chlorine and other chemicals, ageing underground pipes and fluctuating dam levels.

Our filtration method ensures your water tastes, looks and smells as good as it can. It also removes limescale to protect your appliances.

Using our filter cartridges ensures your family and pets are safe from the impurities you can’t see. They filter nasties as small as one micron, which is 1/75th the width of a human hair!

Which filter is best for you?