The evolution of the under sink water filter 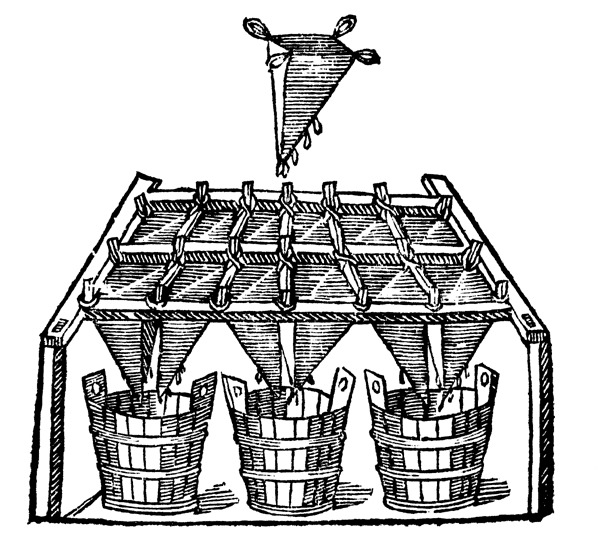 Water filtration systems have been around for a long time…

As far back as 500 BC it’s believed that the famous Greek scientist, Hippocrates invented the first early water filter… in the form of a cloth bag! This simple device was known as the ‘Hippocratic sleeve’.

The cloth acted like a sieve to filter out the impurities from the Greek aqueducts.

The water was boiled and poured through the cloth, which trapped the sediments that were causing the bad taste and smell…

Water filters have evolved a long way since then… bringing us all the way to the present day – inline water filters with alarms that you don’t even need a plumber to install!

But there have been a few interesting inventions along the way…. 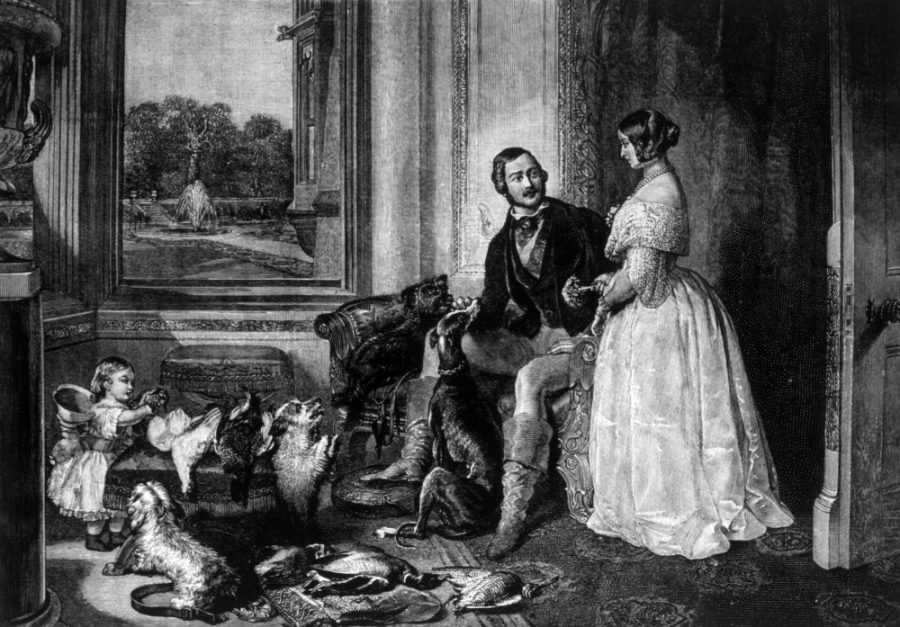 It’s thought that as far back as 1827 John Doulton and his son Henry, (of English fine china and pottery fame) invented the ceramic water filter to remove bacteria from drinking water. In London, at that time, drinking water from the Thames was contaminated with raw sewage, so epidemics of cholera and typhoid were common.

The first ceramic Doulton filters were made of earth and clay materials. They worked by placing a porous ceramic bowl on top of another ceramic bowl. The contaminated water passed through the top bowl and the particles larger than the tiny holes of the clay were trapped, leaving clean water in the container below. 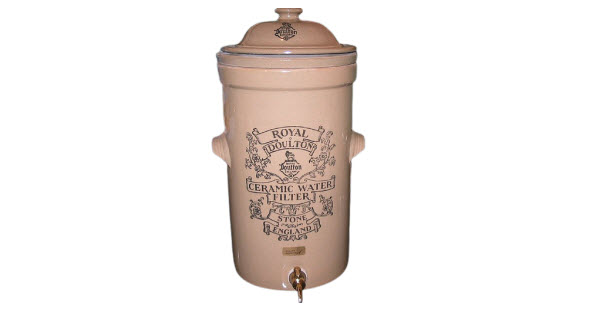 Doulton’s invention caught the eye of Queen Victoria and in 1835 she commissioned Doulton to provide a device for her royal household.

He created a gravity fed stoneware filter. This combined the technology of the ceramic filter within a beautifully designed and handcrafted pottery container.

Next came the Doulton Manganous Carbon Filter in 1862, which tied in with the French chemist, Louis Pasteur’s research into bacteria and his advancements in microbiology. This is was one of the first carbon cartridge type filters.

From this point on Doulton filters were used by the military, Crown Agents and hospitals and were gradually introduced into the home. Henry Doulton was knighted by King Edward VII and given the honour to use the Royal Crest for his products in recognition for his work with drinking water filtration.

The range and efficiency of this water filter has changed over the years but the popularity and effectiveness of the early 20th century invention continues with these water filters still widely used across the world today.

Throughout the 20th century, domestic water filters became increasingly popular in the home. A common system was the counter top ceramic bowl filters.

Here, the method involved up to three bowls in a line, each with a different cartridge within it to remove different contaminants. Although, a cost effective method, these systems required a lot of scrubbing and cleaning of the cartridges within them. And it was often difficult to keep the cartridge in a sanitary condition during cleaning. The ‘o ring’ also needed to be cleaned out and creating the perfect seal after cleaning often proved tricky. 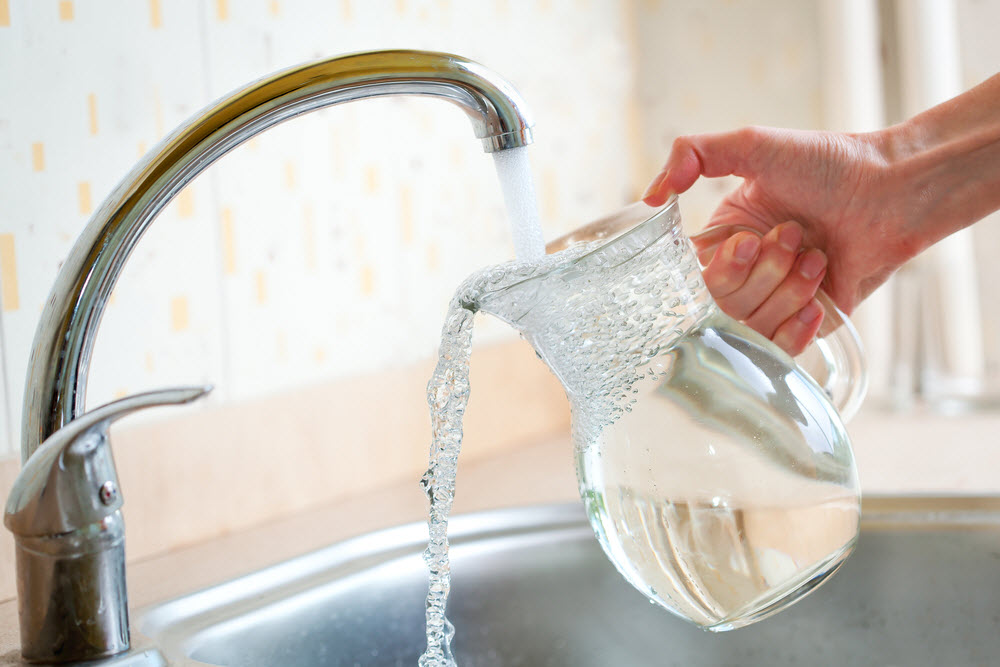 Three to One Cartridge

The next step in the evolution of water filters was the creation of one water cartridge that could do the job of all three.  This invention reduces the counter space needed for a water filtration device in your kitchen but still requires manual work to clean the cartridge.

And of course the same sanitary issues and time intensive scrubbing is required when it’s time to clean the cartridge.

A revolution in water filtration came with the invention of the disposable cartridge with a quick-change bayonet.

This saves time and energy as no cleaning is required. As all the filtration elements are contained within the cartridge everything is kept hygienic. Once full of contaminants, the cartridge is thrown away….simple!

This disposable option has now evolved into a device that can be fitted under the sink, both in a horizontal position and vertical position. This gives greater flexibility when choosing a water filter system for an existing kitchen. 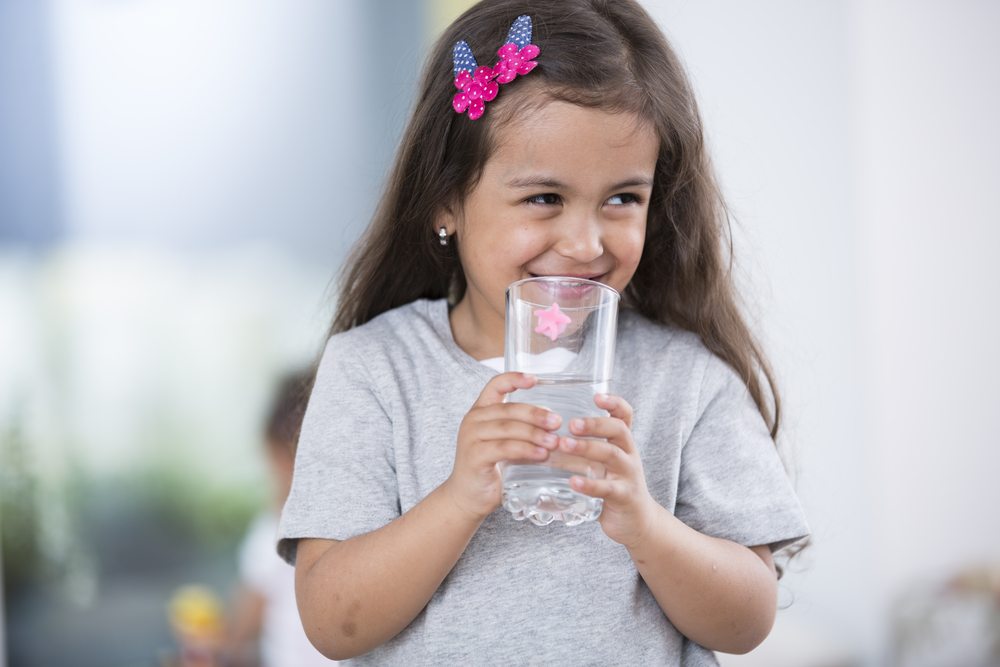 One thing that is sometimes a concern with under sink water filtration systems is water flow… and the lack of it. In the past, filtered water has sometimes meant a compromise and quite often a trickle. Not anymore!

The development of a higher flow cartridge and further new technology of the internal systems means that water filtration systems can now connect directly to your existing tap. These inline water filters have become a cost effective under sink water filter solution.

So it’s never been easier to have fresh, filtered water directly from your kitchen tap.

It’s clear to see that we’ve come a long way since Hippocrates and Doulton but one thing has stayed the same…. the end result!