We’ve covered the many, many benefits of drinking filtered water in the WFA blog before, but there’s one thing we haven’t delved into yet and it’s the claim that drinking water may help you lose weight.

The media is full of celebrities revealing their secrets to weight loss and fad diets, but one recent article caught our attention. TV celebrity and former supermodel, Tziporah Malkah, formerly known as Kate Fischer and the ex-fiancee of James Packer, recently hit the headlines for losing a lot of weight – 30kg in 12 months!

One of the secrets to her success is – you guessed it, drinking water! Yep, after reaching 118kg, she decided to ditch the sugary drinks in favour of calorie-free water and organic tea and she’s now well within reach of her goal of slimming down to 73kg.

As she told New Idea, “I now drink at least 10 glasses of water a day instead of six cans of diet coke.”

Of course, she’s also eating better, exercising and meditating to get back on a healthy track.

But there are good scientific reasons why her weight loss has been helped by simply drinking water. 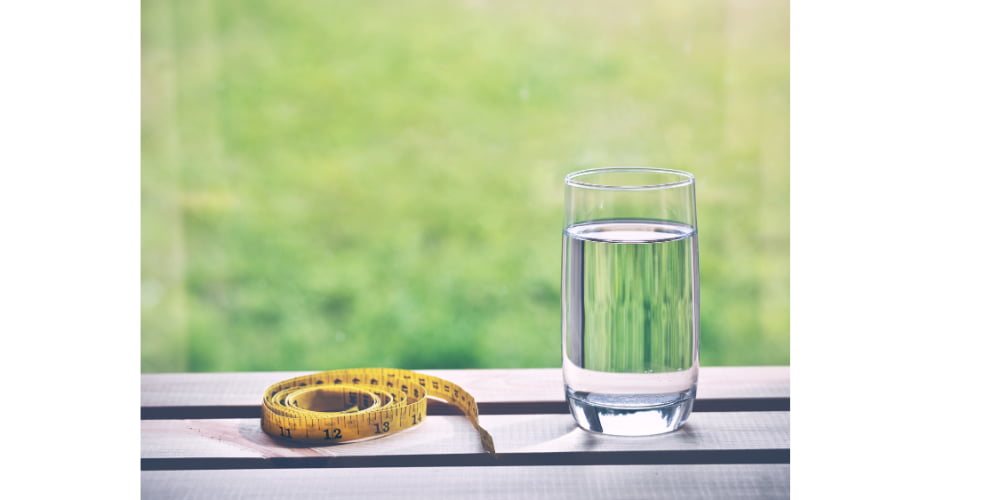 A high sugar drink, like a can of Coke, has 140 calories. So, if you have just one a day, you’ll need to burn off an extra 51,100 calories each year. Sports drinks and fruit juice are often worse.

One six-month study found that overweight and obese adults who replaced calorie-rich drinks with water lost 2% to 2.5% of their weight and were two times as likely to achieve 5% weight loss compared to those who didn’t.

And you can’t just swap your sugary soft drink for a diet alternative. Studies have found that artificial sweeteners can actually make you feel hungry, so you want more to munch on. It turns out the artificial sweetener increases the sweet intensity of real nutritive sugar, motivating us to eat more. 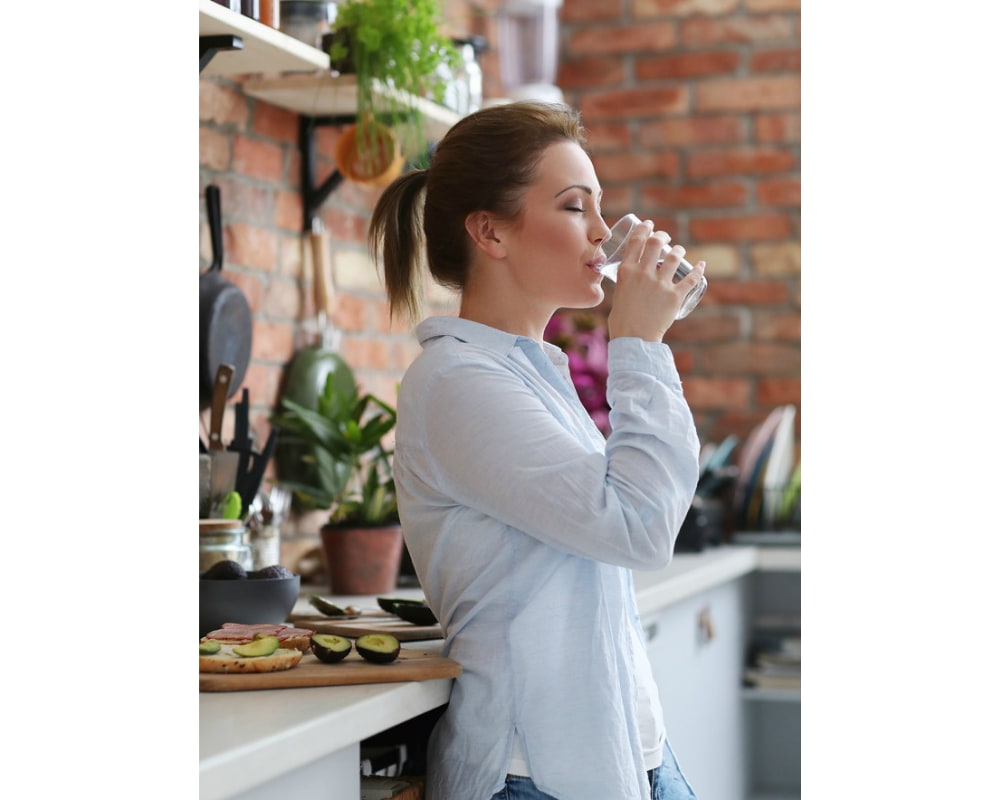 Middle-aged and older adults are at increased risk of being overweight or obese, but studies have shown they benefit most from drinking water before each daily meal. In one study, those who drank 500ml of water 30 minutes before their main meals showed a 44% greater decline in weight than those who didn’t.

Further studies have revealed that the water expands your stomach and sends signals to your brain to say you’re full, reducing your hunger and your total calorie intake. In essence, you’re exploiting the way our minds often confuse hunger and thirst.

Please note that it may not be healthy for some people, such as those with heart or kidney failure, to drink that much water before each meal. 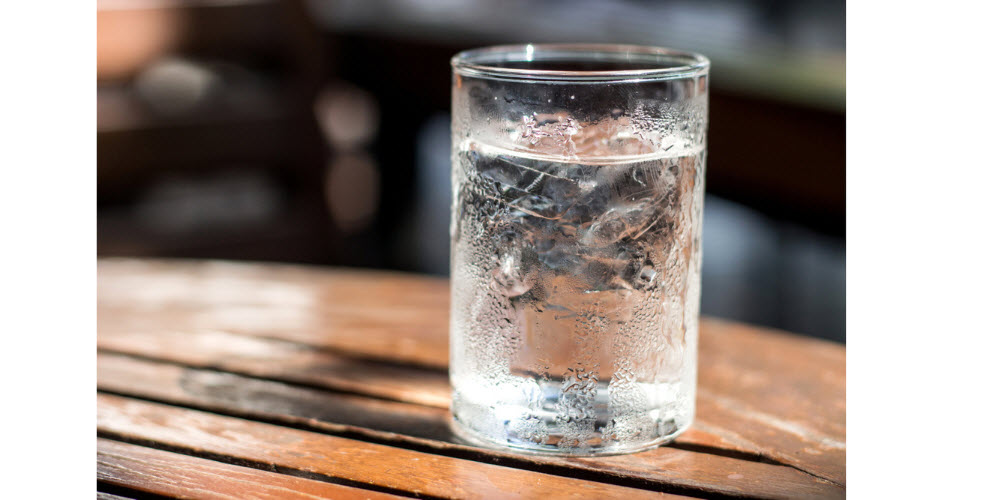 To burn calories, you need to be well hydrated. Once dehydration occurs it slows our bodily function and metabolism and prohibits the fat-burning process.

What’s more, when you drink water, it induces short-term cardiovascular and metabolic changes that actually burn a few calories as well. This is especially true for cold water, as it takes more energy for your system to warm it to body temperature.

It makes sense that your body would burn more calories warming up the cold water to body temperature. Sure, you’re not going to shed kilos drinking cold water alone, but every bit helps! 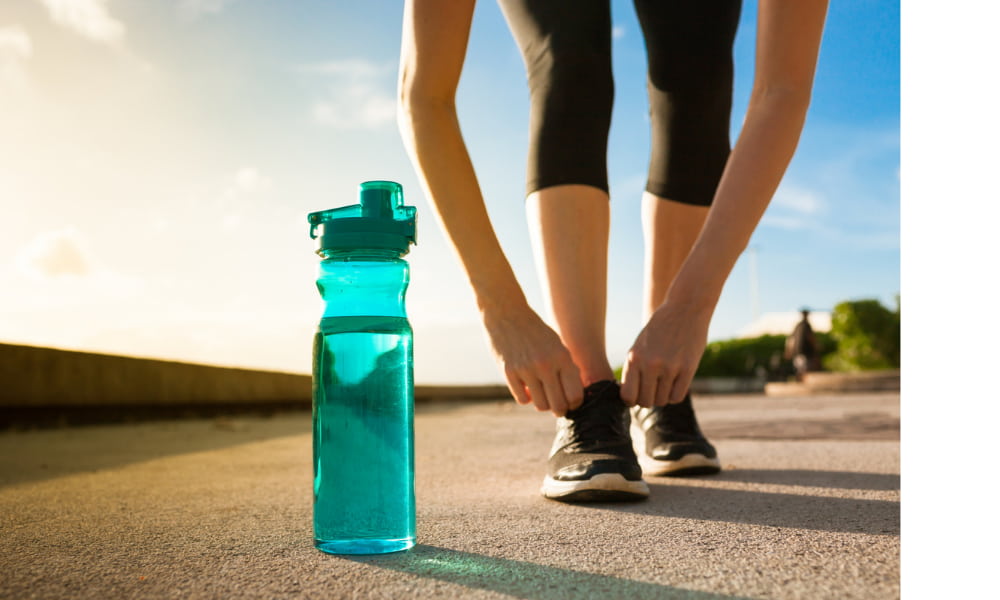 When it comes to working out, we want to get the most we can from all that hard work. But if you don’t drink enough fluids your exercise sessions won’t be as good as they could be.

When you are dehydrated you can’t regulate heat properly, your body temperature rises, you become fatigued, you don’t think clearly, your motor control and decision-making abilities are affected and you may feel uncomfortable in your stomach. Hardly the recipe for a great workout!

Water is recommended as the best drink to satisfy your thirst and replace the fluids you lose during exercise. There are some guidelines for the amount of water you should have before, during and after exercise, but it depends on the climate, your health and fitness and the intensity of the activity.

Of course, remember you can have too much of a good thing, even water. Just because studies suggest 500ml of water before each meal might improve weight loss, doesn’t mean that two litres will give you four times the benefit. In fact, drinking too much water can be harmful to your health. Overhydration can result in water intoxication, where the water dilutes the salt and other electrolytes in your body. In rare cases the condition can be fatal. So, don’t overdo it.

It’s suggested that drinking water before meals and instead of high calorie drinks will help with weight loss. And remember, the best measure of good hydration is the colour of your urine. If it’s pale and relatively clear, it means you are well hydrated. If it’s colourless, you might be having too much water, while the darker it is, the more water you need to drink.

The best way to keep up your water intake

So, if drinking water helps you keep to a healthy weight, then why not make it easy on yourself and install an inline water filter system in your kitchen. Then you’ll have fresh, filtered water on tap all the time. It tastes better than tap water so you’ll want to drink more!

If you would like to invest in a WFA water filter, browse our online store or contact one of our friendly customer service team.