Filtered water for pregnancy and beyond

If you’re pregnant. Congratulations! Your body is now busy growing a tiny human! It’s a very special time and a time to be extra kind to your body and the little human growing inside it.

You may be doing all the right things, like taking folic acid and eating greens but one simple thing that may get overlooked is the fact that you’ll need to drink more water.

And filtered water is a great healthy option for you and your growing baby. 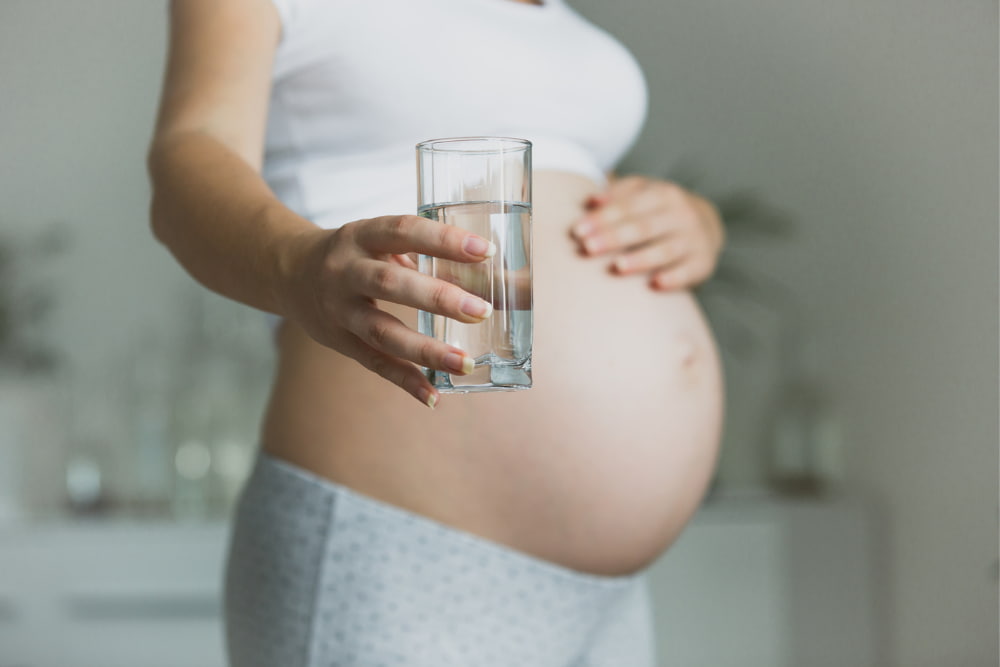 So why do you need to drink more water if you are pregnant?

Firstly, water is needed to form amniotic fluid to protect the baby for nine months.

The body also needs enough water to absorb the extra vitamins and nutrients. And help  transport them to the placenta and then onto the baby.

Your doctor will most probably advise you to stop drinking caffeine and alcohol.

So what’s the next best thing? You got it…filtered water!

According to Dr Emma Derbyshire in her book,  ‘Nutrition in the Childbearing Years’, she advises that water is an excellent choice for mums-to-be. A great way to rehydrate without the extra calories and sugars.

Pregnancy can sometimes take its toll on your body too so drinking enough water also helps with some pregnancy related conditions.

When pregnant your body often produces excess sodium which can lead to edema or swollen feet and ankles. Drinking enough water helps your body get rid of the excess sodium and helps stop the swelling.

Again constipation and bloating can be more common in pregnancy. This is because of extra pregnancy hormones which slows down metabolism. Drinking filtered water will help with this. It can also help with morning sickness and nausea.

Drinking enough filtered water can help prevent UTIs, these can be more common in pregnancy. Eating and drinking for two means twice as much comes out the other end! So the filtered water helps dissolve waste and flush out your kidneys and keeps your urine diluted so helps prevent UTIs.

In pregnancy severe dehydration may lead to miscarriage and preterm labour. Don’t be alarmed but be aware of  the common dehydration signs and if in doubt consult your doctor.

Our Australian tap water is disinfected with chlorine to kill bacteria and viruses which stops widespread waterborne diseases like typhoid and cholera. It makes our tap water drinkable. The amount of chlorine is heavily regulated by the Australian Drinking Water Guidelines.

However, there are some controversial views that suggest that the chlorine in tap water can be a problem. Some report an increase in the risk of certain cancers. (Read more here.)

The World Health Organisation states that “The risk of illness and death resulting from exposure to pathogens in drinking water is very much greater than the risks from disinfectants and DBPs…Efficient disinfection must never be compromised.” (Read more about the amounts of chlorine in drinking water.)

The fact remains that we use chlorine in our swimming pools to keep them clean. Should we really be drinking it?

In the past there’s also been instances reported of cysts found in Sydney tap water. Like the 1998 Sydney water crisis  which involved the suspected contamination by the microscopic pathogens cryptosporidium and giardia of the water system of Greater Metropolitan Sydney.

If you are concerned and want to make a healthy choice to remove the chlorine and potential nasties then it’s best to install a water filter such as a WFA inline water filter. You’ll have the peace of mind that the water filter will filter down to one micron and will remove any potential cysts and harsh chemicals like chlorine. Without the chlorine, your water will taste better too. 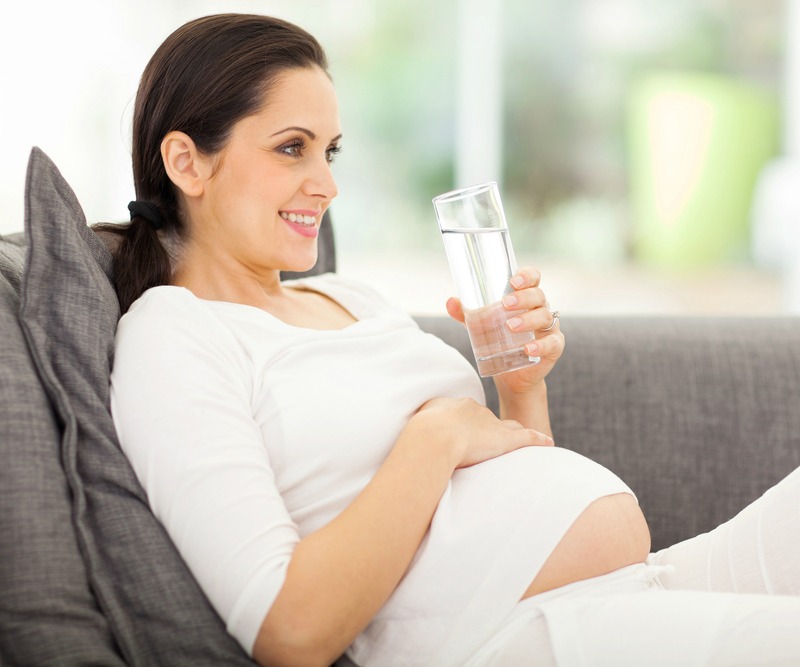 I’m Pregnant...How much more water should I drink?

The Institute of Medicine recommends about 10 cups of fluid a day.

Dr Emma Derbyshire advises,
“Women should increase their total water intake by an extra 300 ml/day during pregnancy and 700 ml/day during breastfeeding, make water the first choice when it comes to hydration.”

Generally as a guide try to remember to drink one more glass of filtered water than usual. But don’t drink it too quickly. Another tip is to drink water slowly in sips. As the baby grows everything gets a little squished and your bladder will need emptying more frequently too!

Once you have your baby in your arms you may choose to breastfeed. If that’s the case then you’ll need to drink more filtered water as your body needs it to produce breast milk. It’s good practice to drink a glass of water every time you feed your baby.

If you choose to use formula then with a WFA water filter there is no need to boil it as all the nasties have already been removed. You can make life easier and invest in a Hot and Cold Duo water filter – it’s cheaper and faster than boiling a kettle and you’ll be able to make the bottle the correct temperature. Getting the bottle to the baby faster is always a good thing!

Once your baby is old enough to drink water, you may want to give him or her filtered water  as a healthy option. And without the smell or taste of chlorine they’ll want to drink more. So they’ll already be on the way to a healthy drinking water habit.

By the time the first tooth pops through you’ll be happy you invested in a water filter that keeps the fluoride in as it will mean less trips to the dentist!

For a growing family a WFA water filter will be the best investment you’ll ever make. Better than some of the other baby gadgets that are outgrown very quickly! Plus we’ll give a reminder each year to change the cartridge and a lifetime guarantee!